Sleep Apnea May Raise Women's Heart Risk, but Not Men's 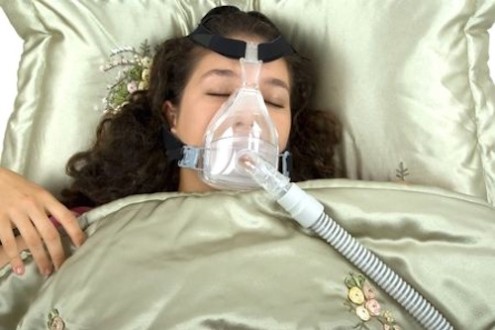 Sleep apnea occurs when your breathing repeatedly stops and starts, causing you to snore loudly. Sufferers typically feel exhausted, even after a full night's sleep. Most sleep apnea is found in men over the age of 40, but new research has shown the potential hidden dangers women face in diagnosing sleep apnea.

A recent study found that sleep apnea can raise women's heart risk, but not men's. The study had over 1,600 people with the average age of 63, none who suffered from heart disease. The participants were tracked for nearly 14 years.

What did the study find?

Listen in as Dr. Susan Redline shares the recent findings on how sleep apnea may raise women's heart risk but not men's.
Tagged under
More from this show . . .
Prev
Next
Calorie Counts in Restaurant MenusHow Your Body Acts after Two Weeks of No Exercise