"13 Reasons Why": Talking to Your Kids About Suicide

Cora Collette Breuner, MD, MPH, is currently a Professor of Pediatrics at the University of Washington School of Medicine and Adjunct Professor of Orthopedics and Sports Medicine.

An expert in adolescent health, she has focused her clinical and research career on the treatment of typical adolescent diseases such as eating disorders, headache and sports injuries by integrating complementary and alternative medicine into the intervention modality options including biofeedback and yoga. She loves to teach residents and medical students and has won multiple teaching awards.

She has contributed greatly to the success of the Seattle Children’s Hospital Adolescent and Young Adult clinic, to the academic and personal mentorship of resident, fellows and medical students and to the continuation of efforts on work life balance and well-being of health care providers, including medical/PA/ARNP/ students, residents and current faculty. She has also worked tirelessly in the Orthopedics department to improve the excellence of care for the adolescent/young adult patient.

Dr. Breuner is the Chair of the American Academy of Pediatrics Committee on Adolescence with many recently published policy statements on adolescent suicide and suicide prevention, abortion counseling, sexual assault guidelines, care of those with menstrual irregularities and developmental delay, adolescent health services review and sexuality education in adolescents. Her advocacy regionally and nationally has been recognized as true leadership.

Dr. Breuner has three young adult children, loves to sing and play her fiddle, and frequently can be seen dancing Zumba or urban hiking with her two super energetic dogs. 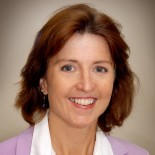 The Netflix series 13 Reasons Why is based on a novel by Jay Asher.

The story follows high school sophomore Clay Jensen as he listens to audio cassette recordings of classmate Hannah Baker’s reasons for committing suicide. Each recording blames individuals and incidents for Hannah’s decision to end her life, seemingly giving her the opportunity for posthumous revenge.

Children as young as 11 and 12 are watching this series without parental supervision. It is not recommended for children under age 12, as the show revolves around the sophomore year of high school (and contains graphic depictions of violence, rape and suicide). Read a synopsis of the show or episode descriptions to determine if it’s okay for your individual child to watch.

Contrary to instances of negative feedback, the book and series were not designed to glorify suicide. Instead, they create an incredible opportunity to discuss an important topic.

If your child is going to watch the series, you should watch it with him. Pause to discuss situations that come up in the show, like cyber-bullying. Ask your child if he’s seen anything like that in school. Engage him in discussion.

Teen suicide has increased 300% since 1950. It's imperative that children who are high risk (Native Americans, LGBQT and sexually questioning youth) and want to watch the show do so with an adult.

The brain doesn't finish developing until at least age 25. Impulsive behavior is triggered more quickly and intensely in youth. Reduce risk for your kids by locking up access to weapons, medication and alcohol. A moment of hopelessness can push a teen to engage in dangerous behavior.

Remember, you are the parent. You have to step up to the plate and communicate with your child. Insist on mental health care improvement. Get involved at your child’s school. Be open. Set a good example. Don’t be afraid to be a parent and say no.

Listen as Dr. Cora Breuner joins Melanie Cole, MS, to share how to use this series as an opportunity to discuss difficult topics.
Tagged under