Download
Guest Info & Links: Wendy Sue Swanson, MD
From the Show: Healthy Children
Summary: Do you really need to get the flu vaccine for your family this season?
Duration: 18:12
Host: Melanie Cole, MS

Dr. Wendy Sue Swanson is a board certified pediatrician, mother to two young boys and the author of the Seattle Children's Hospital Seattle Mama Doc Blog, the first pediatrician-authored blog for a major children's hospital.

Dr. Swanson is interested in the intersection of media and medicine and its impact on the physician-patient relationship. Her online presence through her blog and Twitter has touched the lives of hundreds of thousands of parents who would have been beyond her reach without social media.

Dr. Swanson works diligently to offer parents relevant, practical, and timely health information in accessible formats and she believes that a growing community of online physicians can empower parents and patients to make informed decisions based on science.

Tackling issues from vaccines to potty training to work life balance, Dr. Swanson provides a voice of reason, not only as a pediatrician but also as a parent, helping parents gain clarity and eliminate fear when making decisions for their children. Her book, Mama Doc Medicine, published by The American Academy of Pediatrics, hit bookshelves in early 2014.

Dr. Swanson is the founder and executive director of Digital Health at Seattle Children's. She is also an executive committee member of the American Academy of Pediatrics Council on Communications and Media.

She is also on the Board of Advisors for Parents magazine and is on the board for the Mayo Clinic Center for Social Media. She is a weekly medical contributor with NBC affiliate KING 5 News in Seattle and is a practicing pediatrician with The Everett Clinic.

Dr. Swanson is an advocate on the topic of vaccines and was named a CDC Childhood Immunization Champion in 2012. She was named to TIME Magazine's Best Twitter Feeds of 2013. 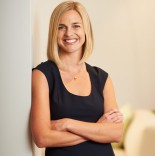 Influenza or “the flu” is a virus that is often spread during winter months. It can be very dangerous and varies from year to year.

While it typically peaks in January, it can be burdensome throughout the flu season. One hundred eighty children passed away last year from influenza-related infections. Kids tend to spread the infection more than others because they play, drool, and interact with others constantly.

Children under age five and the elderly are at higher risk for dangerous infections from flu. The flu shot tends to decrease the severity of the flu if one contracts it.

This year’s flu vaccine has three or four strains of the virus, based on the most prevalent strains anticipated for the continent.

Anyone over six months of age can get a flu shot. Pregnant moms benefit from immunization. It’s safer to get a flu shot than try to outsmart it because you may not feel the symptoms as soon as you contract it. It’s best to get it before Halloween.

Listen as Dr. Wendy Sue Swanson joins Melanie Cole, MS to share all you need to know about this flu season.