Dr. Michael Yogman is a pediatrician in practice in Cambridge, Massachusetts and Chief of the Division of Ambulatory Pediatrics at Mt. Auburn Hospital, Harvard Medical School.

Currently, he is Chair of the Advisory Board of the Boston Children’s Museum and Immediate Past Board Chair, Chair of the Massachusetts American Academy of Pediatrics Child Mental Health Task Force and Chair of the national American Academy of Pediatrics Committee on Psychosocial Aspects of Child and Family Health where he has authored policy statements on fathers role with children, perinatal depression, the power of play, trauma, toxic stress and resilience and addressing early childhood behavioral problems. He serves as a legislative appointee to the Massachusetts Advisory Board on Child Mental Health and a gubernatorial appointee to the Massachusetts Special Commission Relative to Postpartum Depression. He also consults to a number of child care centers. He is a trustee of the Franciscan Children’s Hospital and the Landmarks Orchestra, a member of the advisory board of Fathers Uplift, and on the Board of Advisers of the American Repertory Theater at Harvard.

He is Assistant Professor of Pediatrics part-time at Harvard Medical School where he teaches and does research on the father–child relationship, developmental interventions including the RWJ randomized intervention of home visiting and center-based care for LBW preterm infants, nutrition and behavior, and behavioral health integration in primary care. He has been a Fellow of the American Academy of Pediatrics since 1973 and was one of the first pediatricians to be board certified in Developmental Behavioral pediatrics in 2002.

Previously, he has been Associate Chief of the Division of Child Development and Director of the Infant Health and Development Program at Boston Children’s Hospital. He is the editor of several books (In Support of Families, published by Harvard University Press; Affective Development in Infancy; and a biennial series Theory and Research in Behavioral Pediatrics) and author of numerous articles and chapters on the father-infant relationship, infant diet and sleep, and parent infant play.

He received the Outstanding Children’s Museum Award on behalf of the Boston Children’s Museum at the White House in 2013. He was awarded the Simms Mann Foundation National Whole Child Award in 2015 and the AAP Senior Child Health Advocacy Award at the 2016 AAP NCE for his work on postpartum depression and the Richmond/Coleman award at the AAP in September of 2017 for outstanding contributions to the field of child development and behavior through advocacy, public service, scientific endeavors and literature.

Dr. Yogman received his undergraduate degree from Williams College and his medical degree from Yale University. He holds a M.Sc. degree in Maternal and Child Health from Harvard School of Public Health. He is married to Dr. Elizabeth Ascher, has two grown daughters and four dogs. 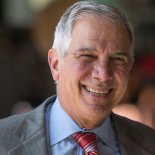 Play is important to child development. It should be a priority in children’s lives.

Why Play is Priority


Fight colds and flu with Hydralyte. Rapid and complete hydration, suitable for all ages and doctor recommended. Use code “hydrakid” to save 30% - sponsor

Fifty percent of parents don’t go outside to play with their children. Thirty percent of kindergartens don’t have recess--a sacrifice made in order to focus on testing skills. Unsafe outdoor conditions often lead children to stay indoors with screens.

Toys are fantastic for developing problem-solving ability. Parents may limit the child’s interactions by telling the child how to play. You can ask prompting questions if the child seems stuck, but let the youngster resolve the toy.