Arthur Lavin, MD, FAAP, a pediatrician in private practice and an associate clinical professor of pediatrics at Case Medical School in Cleveland, Ohio. He is the chairperson of the American Academy of Pediatrics Committee on Psychosocial Aspects of Child and Family Health, the entity of the Academy charged with developing policy relating to the psychological and social well-being of the children of America.
He is the co-author of two books on parenting: Who’s the Boss? Moving Families from Conflict to Collaboration (2nd Ed., Collaboration Press, 2010) and Babies and Toddlers Sleep Solutions for Dummies (Kindle Edition, Wiley, 2007).
Dr. Lavin was trained and taught at Harvard and MIT, including training by Dr. T. Berry Brazelton. He has served on a number of national committees of the American Academy of Pediatrics and published original research in such journals as Science.
In regard to his interest in neuroscience, Dr. Lavin was the first doctor in the United States to make neuroscience proven working memory training available in the United States.

Dr. Lavin also serves on the national panel of experts devoted to the identification of neurotoxins that play an important role in neurodevelopmental damage resulting in the appearance of autism spectrum disorder, ADHD, and learning disorders in children known as Project TENDR (Targeting NeuroDevelopmental Risks)
Dr. Lavin is married and has three children, one married and two identical twins. 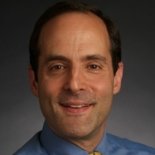 There are plenty of parenting styles. The goal is to raise a happy, healthy family as best you can. Looking at a few parenting methods may help you improve your strengths.

Your parents, cultures and experiences shape your own parenting techniques.