Halloween for Kids with Special Needs or Restrictions

Dr. Barbara S. Saunders, a developmental-behavioral pediatrician, is on faculty at the University of Mississippi Medical Center (UMMC) as Associate Professor of Pediatrics, Chief of the Division of Child Development, and Director of Resident and Medical Student Education for her division.

From 2010-13, she was a developmental-behavioral pediatrics fellow at the University of Arkansas for Medical Sciences/Arkansas Children’s Hospital, where she also earned a Graduate Certificate in Clinical and Translational Science in May 2013. She is a member of the American College of Osteopathic Pediatricians, the American Academy of Pediatrics (AAP), the American Osteopathic Association, and the Society for Developmental Behavioral Pediatrics.

Within the AAP, Dr. Saunders serves on the Executive Committee for the Council on Children with Disabilities (COCWD) and is a member of the Section on Developmental Behavioral Pediatrics (SODBP), Section on Early Career Physicians (SOECP), Section on Osteopathic Pediatricians (SOOP), and the MS Chapter of the AAP. She is author of three peer-reviewed and three online publications as well as coauthor of two peer-reviewed publications and serves as a reviewer for MedEd PORTAL, the Journal of Autism and Developmental Disabilities, and the International Journal of Developmental Disabilities.

Dr. Saunders serves on the legislative committee for the MS Chapter of the AAP and represented them in the state’s first Physician Leadership Academy. She was selected as a member of the SOECP’s Young Physicians Leadership Alliance, the American Association of Medical Colleges’ Early Career Women Faculty Leadership Development Seminar, and UMMC’s Children’s Leadership Program. She has presented at several national conferences and trains students and residents in her clinical practice. 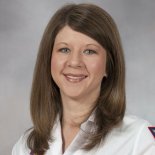 Halloween is ahead. While it’s fun for many families, it can be stressful for some children and parents with special needs and restrictions.

Children with developmental delays or autism process the environment differently. As Halloween can be a sensory overload, pay attention to costume textures, headwear and loud sounds. Make sure your child knows what to expect. Don’t spend too much on a costume, as your child may not like it.

Some children have eating restrictions and can’t enjoy the treats available at every door. You can prepare your neighbors if your child has specific needs. A teal pumpkin signifies treats are available that are free from common allergens.

Listen as Dr. Barbara Saunders joins Melanie Cole, MS, to discuss how to help your child enjoy Halloween at the right speed.

More from this show . . .
Prev
Next
The Dangers of VapingIs Your Child Lagging Behind in School?