Digital Literacy in The Age of Misinformation

Download
Guest Info & Links: Dr. Donald Shifrin
From the Show: Healthy Children
Summary: Digital and social media grow at such a fast, continual pace it's difficult to keep up. But our kids sure are good at it.
Duration: 20:31
Host: Melanie Cole, MS

Guest Bio: Dr. Donald Shifrin
Dr. Donald Shifrin is a Clinical Professor of Pediatrics Emeritus at the University of Washington School of Medicine. He was a practicing clinician and hospital attending in the Seattle Area for 39 years. His residency was at Children's Hospital of Los Angeles, where he was also appointed Chief Resident.

Dr. Shifrin served two three year terms ending in 2002 as a member of the AAP Committee on Communications, and subsequently was appointed Chair from 2003-2007. The Committee recognizes and evaluates the physical, mental, and social impact of positive and negative messages communicated to children from the media. The Committee formulates responses to media issues, publishes formal AAP media policy statements, and promotes education related to the impact of these messages on the health of children.

He was appointed as the AAP representative to the National Cable Television’s landmark study on Television Violence from 1994-1997.

He was selected as the AAP’s liaison with Microsoft from 2004-2006. The AAP/Microsoft team was charged to develop Windows Live Family Safety Settings, age appropriate Internet guidelines for their new Windows XP operating system software. The software was developed and subsequently bundled into Windows Vista and Windows OS 7, 8 and 10 as "Parental Controls".


He has testified as the AAP’s appointed representative regarding the Impact of Media on Children’s Health at the National Press Club, in July 2005 and on Food marketing to Children in Washington, D.C to a 2005 FTC two-day meeting.

In June 2007, represented the AAP testifying on “Images Kids See on the Screen” at a U.S. House of Representatives Energy and Commerce Committee’s Subcommittee on Telecommunications and the Internet.

He co-chaired the AAP/Council on Communications’ Research Seminar in Chicago, “Growing Up Digital.” May 2015.

He was the pediatrician-in-studio for three years at Seattle’s KIRO-TV 7-Live Morning Show which ceased production in 1999. He has appeared on Seattle's NBC affiliate KING TV's New Day NW and on KINGTV News. Since 2017 he has done a once-weekly live news segment regarding pediatric issues on Seattle's KING5 News. 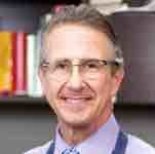 Digital and social media grow at such a fast, continual pace it's difficult to keep up. But our kids sure are good at it.

In the last couple of years, we've seen a barrage of misinformation online, making it hard to discern what is real and what is fake.

Dr. Donald Shifrin joins us today to discuss digital literacy in an age of misinformation today. He is a Clinical Professor of Pediatrics Emeritus at the University of Washington School of Medicine and was a practicing clinician and hospital attending in the Seattle Area for 39 years.

He talks about using the internet to self-diagnose, credible sources, critical thinking skills, and how parents can help children parse out quality information vs. junk.
Tagged under

More from this show . . .
Prev
Next
Modern Step-Parenting