Stephen Marche is a novelist and culture writer.

For the past five years he has written a monthly column for Esquire magazine, “A Thousand Words About Our Culture,” as well as regular features and opinion pieces for The Atlantic, New York Times, Wall Street Journal, New Republic, and elsewhere.

His books include three novels, Hunger of the Wolf, Raymond and Hannah, and Shining at the Bottom of the Sea, as well as The Unmade Bed and How Shakespeare Changed Everything.

He lives in Toronto with his wife and children. 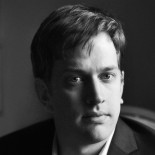 Men’s gender roles are changing. It’s a confusing time, because while women have been discussing and invested in gender for the past 70 years, men haven’t.

It’s time to talk about the changes.

Men have no way to negotiate the new reality where women are going to make as much money as they historically have. This means that men are being shifted away from the traditional role of provider.

This change has led to men embracing an active role in child rearing. Men are more involved in nurturing the children. This has a positive effect on families.

Friendships
Men tend to grow out of friendships, while women grow into friendships as they age. Men have the same social needs as women. The old patriarchal norms of not needing other people have overshadowed men’s social drive. As gender roles change, these male friendships become more normal. It’s important to have bros (even bromances).

Feminism
The world needs more decent guys. The current president has brought questions of feminism to the front; uncertainty that seemed to be previously resolved. Does it need to be said that women are absolutely people? Any decent man who sees women being treated as less than 100% human will support the drive for recognition of women as equals.

Pornography
Pornography has thrived in countries that celebrate women, not nations where women are treated as chattel. It’s a bit more nuanced than you may expect.

The journey to equality between men and women may seem slow, but progress is being made. Violence against women has significantly reduced in the past 50 years. The pay gap is decreasing in successful countries. The cost of excluding women from the public sector is vast.