Dr. Susan Edelman is an Adjunct Clinical Associate Professor at Stanford University in the Department of Psychiatry and Behavioral Sciences and board-certified psychiatrist in private practice specializing in women’s issues.

Dr. Edelman is the author of the multiple award-winning, bestselling book, Be Your Own Brand Of Sexy, A New Sexual Revolution For Women. 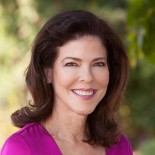 As a women in a traditional "man's world," you have to find out who you are and what you want.

That’s how you can stop allowing men to treat you badly.

1) Women make excuses for men. Does he show up late for dates? Are you afraid he’s going to dump you if you don’t put out? Stop justifying his actions if there’s a pattern of behavior. How are you benefiting from and enjoying the relationship? Do you deserve better? Are you settling because you are afraid of being alone?

You have to communicate in a way that your partner understands. Nagging and long explanations don’t always work. Talking with him about your needs and wants should eliminate the excuses for his behavior.

2) Women don’t say no to the things they don’t want. They give in because it’s easier, or they have a hard time establishing limits. You can say no with your words and actions. Work to understand your own needs. It’s okay to say, “That doesn’t work for me” or “I have to think about that for a while.”

3) Women aren’t always happy when men are nice to them. Maybe they’re trying to sort out the feminist ideal of being a strong, powerful woman. Is it okay to accept help from a man? One of the best ways to get what you like from a man is to appreciate the things that make you happy.

Generational and cultural differences have complicated how we view relationships. You have to sort out what you really want. Make sure your partner genuinely suits your needs. Have the courage to try for something you want.

As a woman, your duty is to stick with other women. Don’t body shame other women. Men don’t care about that ounce of body fat as much as you think they do. Stop buying into the image of beauty and sexiness you see in the media. We have to support each other.

More from this show . . .
Prev
Next
Changing Gender Roles: A Man's PerspectiveStop Mucking Up Apologies