Get Primal: A Diet for Women

Download
Guest Info & Links: Nora Gedgaudas, Nutritional Consultant
From the Show: HER
Summary: Learn about primal eating and how it may benefit you.
Duration: 33:42
Host: Michelle King Robson and Pam Peeke, MD

A recognized authority on ketogenic, ancestrally-based nutrition, she is a popular speaker and educator and the author of the best-selling book, Primal Body, Primal Mind, as well as Rethinking Fatigue.

Her newest book, Primal Fat Burner: Live Longer, Slow Aging, Super-Power Your Brain, and Save Your Life With A High Fat, Low-Carb Paleo Diet has been lauded by best selling author and journalist, Nina Teicholz as “a unique and profound contribution to the field.”

Her new weekly program, Primal Power 52, is a unique and invaluable source of information and education benefiting those interested in furthering their nutritional knowledge and optimizing their health. 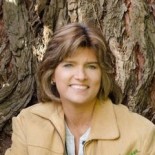 The term “Paleo” gets tossed around without a full understanding.

The Paleo diet references the Paleolithic Era, even though it actually refers to the diets of the Neolithic Era. It suggests the period in human development from 2.6 million years ago until 10,000 years ago.

“Primal” implies an earlier time after the last ice age. Collagen profiles prove humans consumed massive amounts of protein; more than other predators that shared our environment. We had the smarts and technology to bring down a woolly mammoth.

Many plants in primal times were too complex to easily harvest for meals. They don’t provide many calories. Only certain parts of the plant were edible. Many plants required cooking to neutralize poisonous compounds. Raw tubers would pass through the digestive tract as unusable. They weren’t useful to the body unless cooked.

The human digestive tract is small and isn’t designed to get as much nutrition from plant food as a chimpanzees. We are designed to get most of our caloric content from fat.

Listen as Nora Gedgaudas joins Dr. Pamela Peeke for an in-depth discussion on a primal diet for women.

More from this show . . .
Prev
Next
Is Your Partner Emotionally Unavailable?How Much Sex Should You Have?