Dr. Tabasum Mir, New York, earned her stars and stripes climbing the medical ranks since the age of 20 when she started medical school. She started her own practice over twelve years ago and through her entrepreneurial spirit and personality has since has taken TV and various media markets by storm. Dr. Mir earned her medical degree and training and finishing as a resident with NYU.

She has also appeared as a skin care correspondent on TV news programs such as NBC's Live at Five, CBS Early Show, Fox 5 NY Morning News, WB 11 Good Day New York, Telemundo, and UPN 9. In addition to her skin care line, Dr. Mir has been on numerous radio talk shows as a professional expert in her field, discussing topics of interest to the public.

Numerous publications have featured her including: W, Lucky, Esquire, First, Maxim, More, and Shape magazines, the Daily News, New York Times, Dermatology Times, Plastic Surgery Times. Mir writes articles for Verve and Nirvana magazines as a skin care consultant. For the second year in a row she is on the physician committee for the IN STYLE MAGAZINE “BEST OF BEAUTY AWARDS.” This year will be the IN STYLE MAGAZINE(@instylemagazine) 22nd annual awards and the best issue yet - Spring 2017. Pick it UP!

Rightfully so, Dr. Tabasum Mir has her own Podcast via CBS NEWS Radio Studios: http://www1.play.it/audio/glammir/ where she has interviewed fabulous celebs such as: Deepak Chopra, Eden Sassoon, Ross Mathews, Kyle Richards, Carson Kressley & Lisa Vanderpump. She’s a natural at hosting behind and in front of the mic and even starred on Emmy Award Winning Bravo TV show.

Philanthropy is just as much a passion as her own practice. Dr. Mir was an Ambassador and helped garner funding for the CHILDREN’S MIRACLE NETWORK HOSPITALS and is now on the Board off FaceForwardLA, an organization that provides pro bono emotional support and reconstructive surgery for victims of domestic violence and human trafficking. 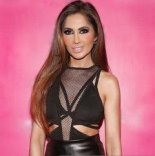 Beauty bloggers and Internet “experts” have become the modern go-to for skin advice.

What would a doctor who has studied skin conditions recommend?

First, think about where you’re getting your information. If you’re following the recommendations of someone who wants to sell you something, make sure that person is credentialed. Be certain what they’re saying makes sense.

Second, don’t get overwhelmed by scientific-sounding ingredients. Look these things up.

Fragrance is unnecessary and can cause allergic reactions. It’s unnecessary for treatment of the skin. It doesn’t improve how the product performs.

Listen as Dr. Tabasum Mir joins Dr. Pamela Peeke to give you simple skin care advice you can easily follow.