We All Want Revenge... With a Twist!

Download
Guest Info & Links: Merideth J. Thompson, PhD
From the Show: HER
Summary: Before you exact revenge on the person who wronged you, listen to this.
Duration: 21:49
Host: Pam Peeke, MD

Dr. Merideth Thompson is an Associate Professor in the Management Department and Associate Dean of Academic Affairs at the Jon M. Huntsman School of Business at Utah State University.  She focuses her research on two main areas: bad employee behavior and the work-family interface. She is particularly interested in how abusive supervision and workplace incivility cross over to affect an employee’s family experiences. Thompson’s current research also investigates the impact of toxic workplaces on employee health and healthcare costs.  Dr. Thompson’s research been published in numerous journals including the Journal of Applied Psychology, the Journal of Management, and the Academy of Management Review. 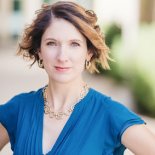 You’ve been thrown under the bus or falsely accused. You’re irate. Maybe you even want revenge. (Don’t worry, that feeling is human.)

But, you don’t have to act on that impulse.

You can inspire others by taking a negative outcome and using it as fuel for your future. Take care of your own survival in a non-toxic way.

Listen as Dr. Merideth Thompson joins Dr. Pamela Peeke to discuss how to turn your revenge urges into something useful.

More from this show . . .
Prev
Next
Forest Bathing: Enjoying the Wonders of NatureSexual Fantasies