Dr. Justin J. Lehmiller received his Ph.D. in Social Psychology from Purdue University. He is a Research Fellow at The Kinsey Institute and author of the book Tell Me What You Want: The Science of Sexual Desire and How It Can Help You Improve Your Sex Life. Dr. Lehmiller is an award winning educator, having been honored three times with the Certificate of Teaching Excellence from Harvard University, where he taught for several years. He is also a prolific researcher and scholar who has published more than 40 pieces of academic writing to date, including a textbook entitled The Psychology of Human Sexuality (2nd edition released in 2017) that is used in college classrooms around the world. Dr. Lehmiller's research focuses on topics including casual sex, sexual fantasy, sexual health, and friends with benefits. His studies have appeared in all of the leading journals on human sexuality, including the Journal of Sex Research, Archives of Sexual Behavior, and The Journal of Sexual Medicine.

Dr. Lehmiller is frequently interviewed by numerous media outlets, including The Wall Street Journal, The New York Times, The Chicago Tribune, CNN.com, The Globe and Mail, and The Sunday Times. He has been named one of 5 "Sexperts" You Need to Follow on Twitter by Men's Health and one of the "modern-day masters of sex" by Nerve. Dr. Lehmiller has appeared on several episodes of the television program Taboo on the National Geographic Channel and is a frequent guest on HuffPost Live and RadioMD. He writes a regular column for Playboy entitled Hard Science, he is a guest contributor to Science of Relationships and Good in Bed, and he performs freelance writing for major publications, including VICE, TONIC, andNew York Magazine. In addition, the articles he writes on Sex and Psychology have been syndicated on major websites, including Business Insider, Huffington Post, Men's Health, and Thought Catalog. 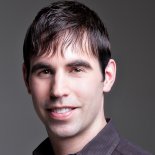 Sexual fantasies aren’t uncommon, but the last major research available on fantasies was conducted in the 1990s.

Fantasies are healthy. There’s nothing wrong in your relationship if you fantasize. Work to keep the passion alive with your partner. Introduce sex as a topic and break down the communication barriers with your partner.

More from this show . . .
Prev
Next
We All Want Revenge... With a Twist!Work: Not Your Second Family
FREE RadioMD Newsletter: