EP 20 - Keep Climbing: How I Beat Cancer and Reached the Top of the World

Sean Swarner's first goal was to literally crawl eight feet from the hospital bed to the bathroom. He went on to Redefine Impossible by climbing 29,035 feet to the top of Mt. Everest with one lung! From there he stood atop the highest point on all seven continents, skied to the South and North Poles, and completed the World Championship Ironman Triathlon in Hawaii.

Sean has been interviewed by Steve Harvey, CBS Evening News, Fox & Friends, The Today Show, Good Morning America, The Early Show, Huffington Post, Outside the Lines, Sports Center, Washington Post, USA Today, Sports Center, and countless others. His numerous articles with thought leaders such as Sir Richard Branson and Arch Bishop Desmond Tutu put him in a category by himself.

Sean was diagnosed with two deadly, different, and unrelated forms of cancer, once at
the age of thirteen and again at the age of sixteen. After an incredibly poor prognosis,
and being read his last rites, Sean astounded the medical community when he survived
both these brutal diseases. He realized that after defeating cancer twice, no challenge
would ever be too great, no peak too high.

Sean proved his theory when he crested the peak of Mt. Everest. As the first cancer
survivor to do so, Sean decided to continue climbing and has since topped the highest
peaks in Africa, Europe, South America, Australia, Antarctica, and North America, thus
completing the “7-Summits”. Upon skiing to both the South and the North Poles, Sean
completed the Explorer’s Grand Slam.

With the completion of the Ironman World Championship in Hawaii, Sean is the only
person in history to accomplish these inhuman feats.

As Sean continues to defy the odds, test his own endurance and inspire and motivate
people around the world, he shares his message of healing, hope, and triumph with
cancer patients worldwide. Sean also serves as a source of inspiration as the founder of
the non-profit organization, The CancerClimber Association, as author of numerous
books, as a motivational speaker to corporations, universities, and other organizations
around the globe, and as a performance and executive coach. 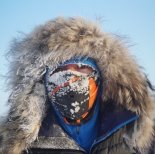 The 29,035-foot giant known as Mount Everest tortures its challengers with life-threatening conditions such as 100 mph winds, the dramatic loss of oxygen, snowstorms, and deadly avalanches. Climbers of Everest are faced with incredible dangers, but for Sean Swarner the obstacles he overcame prior to his summiting make his story even more compelling.

Sean isn't just a cancer survivor; he is truly a medical marvel. He is the only person in the world ever to have been diagnosed with both Hodgkin's disease and Askin's sarcoma. He was diagnosed in the fourth and final stage of Hodgkin's disease at the age of thirteen, when doctors expected him to live for no more than three months. He overcame his illness only to be stricken a second time when a deadly golf ball-sized tumor attacked his right lung. After removal of the Askin's tumor, Sean was expected to live for less than two weeks.

A decade later and with only partial use of his lungs, Sean became famous for being the first cancer survivor to climb Mount Everest.

Sean's successful summiting of Mount Everest was driven not only by his desire to reach the highest peak in the world but also by his determination to use his accomplishment as a way to bring hope to others facing seemingly insurmountable odds. By showing those affected by cancer how he has conquered some of the most difficult obstacles life could offer, Sean inspires others with the will to live.

Sean's story is not just about illness, heartache, and pain; it's about something greater. It's about hope. It's about helping others and never quitting. It's about personal battles with the elements and coming out on top of the world... literally.

Listen as Sean shares his incredible story with Dr. Bond.
Tagged under

More from this show . . .
Prev
Next
EP 19 - Why Men Are Happier Than Women: How to Boost Your Happy HormonesEP 21 - What Is Frequency Medicine's Role in Healthcare?