Jacob Teitelbaum, MD, is a board certified internist and Medical Director of the national Fibromyalgia and Fatigue Centers and Chronicity. He is author of the popular free iPhone application "Cures A-Z," and author of the bestselling book, From Fatigued to Fantastic! (Avery/Penguin Group), Pain Free 1-2-3: A Proven Program for Eliminating Chronic Pain Now (McGraw-Hill), Three Steps to Happiness: Healing Through Joy (Deva Press 2003), Beat Sugar Addiction NOW! (Fairwinds Press, 2010), and his newest book, Real Cause, Real Cure (Rodale Press, July 15, 2011).

Dr. Teitelbaum knows CFS/fibromyalgia as an insider; he contracted CFS when he was in medical school and had to drop out for a year to recover. In the ensuing 25 years, he has dedicated his career to finding effective treatment. Dr. Teitelbaum does frequent media appearances including Good Morning America, CNN, Fox News Channel, the Dr. Oz Show and Oprah & Friends. 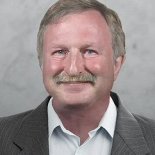 According to the National Fibromyalgia Association, fibromyalgia is one of the most common chronic pain conditions.

The disorder affects an estimated 10 million people in the U.S. and an estimated 3-6 percent of the world population. While it is most prevalent in women (75-90 percent of the people who have fibromyalgia are women), it also occurs in men and children of all ethnic groups.

According to long-standing research and his personal work with treating chronic pain, Dr. Jacob Teitelbaum says fibromyalgia can be addressed effectively by optimizing the hormones in the body; particularly the "sex" hormones of estrogen, progesterone and testosterone. By doing this, you restore the body's energy production capabilities.

Dr. Teitelbaum warns that physicians should treat individuals uniquely, based on symptoms -- not necessarily on what blood work shows hormone levels to be.

Listen in as Dr. Teitelbaum joins Dr. Bond to share more about this approach to treating fibromyalgia, as well as his S.H.I.N.E. protocol.
Tagged under

More from this show . . .
Prev
Next
Encore Episode: Diets that Do More than Drop WeightEncore Episode: Be in Control of Your Moods, So They Don't Control You