EP 119 - Positivity Despite It All: A Conversation With Scott Hamilton

In 1984, Scott captured the attention of the world with his Olympic Gold medal performances in Saravejo and since has shared his love and enthusiasm for the sport as an analyst/commentator, performer, producer, and best-selling author (Finish First: Winning Changes Everything, 2018; The Great Eight, 2009; Landing It, 1999). He further inspires others as a speaker, humanitarian, and as a cancer and pituitary brain tumor survivor.

After losing his mother to cancer, then becoming a survivor himself, Scott turned activist, launching the Scott Hamilton CARES Foundation (Cancer Alliance for Research, Education, and Survivorship). He founded several education and survivorship programs including Chemocare.com and the 4th Angel Mentoring Program.  Events such as Sk8 to Elimin8 Cancer and An Evening with Scott Hamilton & Friends galas fund research into treatments that treat the cancer and spare the patient.

He is also the founder of the Scott Hamilton Skating Academy at the Ford Ice Centers in Antioch, TN, and Bellevue, TN, where he may frequently be found coaching Learn to Skate students and sharing his love of skating.

In what little free time remains, Scott can be found on the golf course and enjoys spending time with his wife Tracie and four children – at their home outside Nashville, Tennessee. 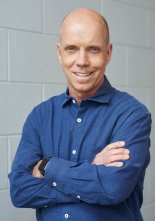 Today's guest needs no introduction - he is the most recognized male figure skater in the world, Scott Hamilton!

Among his many athletic accolades, he is also a cancer survivor and now activist including through his own cancer foundation Scott Hamilton CARES.

He chats with Dr. Bond about maintaining a positive attitude (even during COVID), Olympic level athleticism, breaking down cancer care for accessible education, and how to live to your life to its fullest potential while encouraging others with his new platform Live Your Days.
Tagged under

More from this show . . .
Prev
Next
EP 118 - Lose Weight by EatingEP 120 - Thinking Out of the Box About Endurance Nutrition