Download
Guest Info & Links: Robert Marx, DDS
From the Show: Mindful Medicine
Summary: It's crucial to learn about the side effects of medications so you can best manage your own health.
Duration: 17:32
Host: Holly Lucille, RN, ND

Robert E. Marx, DDS, professor of surgery and chief of the Division of Oral and Maxillofacial Surgery at the University of Miami’s Miller School of Medicine, is well known as an educator, researcher, and innovative surgeon.

He has pioneered new concepts and treatments for pathologies of the oral and maxillofacial area as well as new techniques in reconstructive surgery.

As a researcher, he has made valuable contributions in the use of hyperbaric oxygen following radiation therapy, in the development of platelet rich plasma, and in elucidating the relationships between smoking and carcinogenesis.

Dr. Marx also pioneered the clinical applications of recombinant human bone morphogenetic protein and stem cell use and was the first to identify what is now known worldwide as bisphosphonate induced osteonecrosis of the jaws.

For the past 34 years, he has overseen the training of scores of residents and fellows, many of whom have established their own distinguished careers.

His many prestigious awards include the Harry S. Archer Award, the William J. Gies Award, the Paul Bert Award, and the Donald B. Osbon Award, attest to his dedication and commitment to the field of oral and maxillofacial surgery. 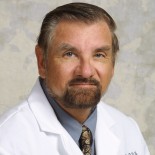 Pharmaceutical companies may not expect some of the side effects resulting from their medications.

When the side effects appear, do they choose to put profits before people?

When you consider the standard minute-length list of side effects disclosed in drug commercials, it would seem like those effects have been silently accepted by the public and physicians. Information that goes to the FDA for approval should be reviewed two years later and beyond. Some side effects don’t become apparent until years after initial FDA approval, up to five years later.

How can you protect yourself and your family members?

Spend some time with your doctor to discuss the side effects of any prescription medications. Ask for the product handout and read the black box warning. Educate yourself by researching the drug on the Internet.

You are your best health advocate. Your doctor can prescribe and recommend, but you are the one who is responsible for what goes in your body.

Listen as Dr. Robert Marx joins Dr. Holly Lucille to discuss how dangerous prescription medications can be.
Tagged under

More from this show . . .
Prev
Next
Integrative, Nutritionally-Oriented PsychiatryEpigenetics & Nutrigenomics: Choose Your Own Health Path