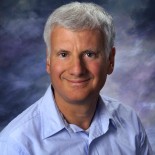 More from this show . . .
Prev
Next
Who Loves a Complainer?Encore Episode: 3 Steps to Stopping Self Sabotage