Mineral Sunscreens: Good for You, Good for the Planet

CEO and Founder of Goddess Garden, Nova Covington made an unconventional journey from her rural upbringing to leading one of the fastest growing and most innovative natural skin care companies, Goddess Garden. She grew up in the Canadian wilderness in a rustic cabin with no electricity or running water. Home-schooled, Nova spent much of her time outdoors, immersed in the wilderness where she acquired a love of nature and developed her independent spirit.

Nova’s great-grandmother was an herbalist who learned the healing power of nature and herbal lore from Native American women. Growing up as a fourth generation natural healer, Nova is a certified aromatherapist. In addition to Nova’s wilderness upbringing, her herbalist family roots were the foundation for her future path in natural products.

After high school, Nova went on to attend college at Oregon State University and upon graduation was offered a job at Hewlett-Packard in leadership development. At HP she would develop best-in-class corporate experience while bringing her unique perspective and critical thinking to one of the leading companies in the world. In 1996, Nova and husband Paul Halter, now COO and the Formulator for Goddess Garden, moved to Denver, Colorado, so Nova could pursue a Masters degree at the University of Denver in Business and International Communications.

In 2003, Nova’s new baby daughter Paige broke out in welts from synthetic chemicals in everything from bubble bath to shampoo. She became the catalyst that ignited Nova and Paul’s passion to create an organic skin care company with products that were truly natural... from the earth and safe for people and the planet.

In 2009, Nova launched the first Goddess Garden sunscreen products on a national scale. The focus on the category of natural skin care was inspired by her realization that there was a need for all-natural, mineral-based sunscreens. Goddess Garden fills that need; it produces powerful, organic, chemical-free, mineral- and plant-based sunscreen products that are safe for people as well as the planet.

With Nova’s passion to make a difference for people and the planet, Goddess Garden is now the fastest growing mineral sunscreen on the market. Goddess Garden is launching their new look and new mineral spray sunscreen products in March 2015 throughout mass and natural retailers in the United States and Canada. The full line is carried in nearly 6000 stores including Whole Foods, Target, Wegmans, REI, CVS, Sprouts Farmers Market and many other natural retailers. 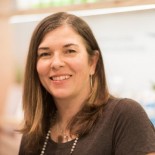 Natural sunscreens have always been the better choice.

But, it's now known to be even more important to avoid chemical sunscreens in light of recent research indicating that oxybenzone, a harmful chemical used in many conventional sunscreens, is absorbed directly into the bloodstream.

Oxybenzone has been associated with an increased risk of hormone disruption and closely tied to endometriosis and fertility problems in both adults and children.

Listen in as Nova Covington, Founder and CEO of Goddess Garden Organics, joins host Andrea Donsky to explain the dangers of conventional sunscreens, specific chemicals to watch for, and which natural sunscreens are good for both your body and the planet.
Tagged under

More from this show . . .
Prev
Next
Your Simple Guide to MindfulnessNatural Solutions for Kids with ADHD, Autism, Anxiety & Addiction