He thought he had it made... Marty Angelo worked in the entertainment business from 1965 to 1980 as a musician, television producer, record promoter, disk jockey, restaurant and nightclub owner and personal manager for rock 'n' roll bands, Raven and the popular Top 40s rock group, The Grass Roots starring Rob Grill.

He received his first professional breaks from "the late Jimi Hendrix" and "the late George Harrison." Angelo also created, wrote and produced the '70s very popular dance television show, Disco Step-by-Step® and in 1978 was voted one of the Top 25 disco record promoters. He promoted hundreds of hit albums, singles, and 12" disco 45s, receiving numerous recognition awards for his efforts. Angelo is featured in several documentaries, magazine articles, and radio/television productions.

Though at times Angelo thought he achieved success, internally he always felt emptiness in his heart. He sensed his life neither had real meaning nor true purpose. Nothing ever seemed to matter to him. Consequently, he lived a rebellious, sin-riddled out-of-control lifestyle. Angelo was arrested in 1980 for two counts of possession of cocaine. Through this life-shattering event he experienced a "new beginning," a dramatic and electrifying conversion to Christianity. This miracle happened in 1981 prior to serving two-and-a-half years in a federal prison. God forgave Marty's sins, blessed him with everlasting life and filled the void in his heart with His Holy Spirit. His life finally mattered as he discovered God's true plan and purpose. If God can change Marty Angelo He can change anybody... Angelo helped many prisoners during his incarceration explaining to them that if God can change his life He can change anybody... including hardened convicts, drunkards and drug addicts. Many followed his advice.

Marty was released from prison in 1984 and is living his life as an example to other ex-convicts and former drug-addicts and alcoholics who want to serve God and be used by Him for His glory. For more than 30 years, Marty Angelo has worked with various ministries such as; Prison Fellowship Ministries, Teen Challenge of Southern California, The Fort Lauderdale Rescue Tabernacle (Faith Farm), and the Drug Abuse Foundation of Palm Beach County. Angelo also provided nine years of personal in-home health, medical, and spiritual care for his parents, "the late Dr. Martin and Marie Angelo."

Angelo is the author of the powerful life-changing biography-memoir entitled, Once Life Matters: A New Beginning. His book reveals how God totally transformed his life of sin into a strong witness of His saving grace, mercy, and love. The book is offered free to prisons, jails, rehab programs, college campuses and troubled celebrities.

Marty Angelo is currently a full-time minister to prisoners, substance abusers, college students and troubled celebrities. His nationwide ministry reaches out to prisons and jails, rehabs and support groups, colleges, high schools & churches and to various celebrities. He is also the author of 10 books. Angelo has appeared on numerous popular Christian radio shows and television programs such as The 700 Club, I'm Just Sayin', Praise the Lord, Celebration and 100 Huntley Street.

His testimony was dramatized in 1987 on the popular nationwide radio program, Unshackled. His story was published in Voice Magazine and in various other print and internet media. 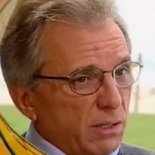 People who enter rehab for an addition are focused on getting control over destructive behavior.

In the quest to curb addiction, we often forget that true freedom from addiction means more than just rehabilitation, it means transformation.

Organifi. Save 20% NOW!
Use code REWIRED. Click here to order.

Marty Angelo has experienced true transformation while staring down addiction.

After being arrested in 1980 for cocaine possession, Marty experienced a new beginning that has shaped every move he’s made since then. He shares his story and why transformation is the key to sobriety.

More from this show . . .
Prev
Next
How Can You Measure Recovery Success?Teaching Our Kids How to Disagree