Download
Guest Info & Links: Jason Turner, CEO and founder of Recover Strong
From the Show: Rewired Radio
Summary: Recovery is a journey that can often feel difficult and lonely.
Duration: 28:13

After a 10 year active military career and at the brink of utter collapse, owing to his own substance use, Jason Turner realized that something needed to change. The pain of continuing down the road he was on, was for the first time, more than the pain of making a change. It is from this realization and the belief that challenges overcome create change that Recover Strong began.

After addressing and recovering from his own challenges, Jason felt compelled to give back to the community of recovering addicts. His passion for helping others is limitless and he has spent the last twelve years working in the treatment industry. During this time he also attended Arizona State University in order to complete his academic training acquiring an MSW degree.

Over the years, Jason became more and more convinced that we could do more to help those suffering from substance use disorder. It wasn’t until a serendipitous event at a Crossfit gym in 2015 that it all came together for him. In the cold of a Northern Arizona December Jason walked into a Crossfit gym for the first time. As so many do their first time he felt self-conscious, unsure, and afraid. After pouring 100% effort into the workout of the day and not completing all of it, he felt defeated. Outside the gym during the cool down run an older gentleman who was also a class participant began running with Jason encouraging and supporting his commitment to change. Jason felt something that took him back to his earliest days on the path of recovery; connection and community. In that instant it came together in his mind that a sense of connection and community were imperative to the suffering addict, and that he needed to find a method to transmit these to his clients. Recover Strong was born!

In December of 2016 Jason assumed the role of CEO of Granite Mountain BHC. Since then he has be instrumental in the reclamation of the organization and the implementation of Recover Strong, and its principles, as the core of Granite Mountain. Under his leadership Granite Mountain has entered into a new epoch of its history, and is quickly becoming known within the industry as a powerful agent of positive change for the clients and the status quo of the industry.

The pillars of Commitment, Connection, and Community and their sister principles integrity, love, and loyalty have become the foundation of not only Jason’s life but the Recover strong program. 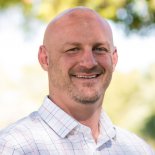 Recovery is a journey that can often feel difficult and lonely.

Without connecting to others in a supportive community, it’s easy to focus on what you’re doing wrong instead of celebrating your victories, both small and big.

Get Your Greens without the Mess, Organifi Green Juice. Use code “rewired” at checkout to save 20%! - sponsor

Jason Turner is the CEO and founder of Recover Strong, which seeks to infuse the pillars of commitment, connection, and community into addiction treatment. Jason shares his inspiring journey and what led him to understand that these pillars are essential to success in recovery and in life.

More from this show . . .
Prev
Next
Encore Episode: Transforming Anger & Fear into Productive EnergyHow the Right Resources Can Save Lives