Encore Episode: Teaching Our Kids How to Disagree

Download
Guest Info & Links: Michael Wetter, PsyD
From the Show: Rewired Radio
Summary: What are we teaching our children if we don’t know how to disagree?
Duration: 26:38

Dr. Michael Wetter is a Diplomate and Fellow of the American Psychotherapy Association, and has served as an Oral Examination Commissioner and Subject Matter Expert for the California State Licensing Board of Psychology.

Dr. Wetter has served as an expert consultant on numerous television programs, as well as to publications such as the Washington Post, Boston Globe, the Atlanta Journal-Constitution, Men's Healthy Magazine, Forbes Magazine, Prevention Magazine, and Redbook Magazine. His research in the field of anxiety has been accepted in the United States Memorial Holocaust Museum in Washington, D.C., and his theories on the subject of "anxiety transmission" have been published extensively.

In addition to his private practice, Dr. Wetter is on the clinical staff of Cedars-Sinai Medical Center in Los Angeles, where he has served as the Associate Director of Psychology at the Center for Weight Loss, as well as manager for General surgery, Plastic/Reconstructive surgery, and Bariatric surgery. He is a Clinical Instructor of Surgery at Cedars-Sinai, one of the only psychologists to receive such distinction.

Dr. Wetter formerly served as the Chief of Adult Psychiatry Service for over 9 years at Kaiser Permanente Medical Center in Hayward, California. He has worked as an adjunct professor on the undergraduate and graduate faculties of the Dominican University of California in San Rafael, Harold Washington College in Chicago, California State University at Hayward, and Las Positas College in the Livermore Valley. 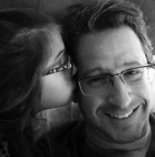 There’s no denying that it’s hard to have conversations with people who hold different views from ours.

Social media only seems to escalate the tension and isn’t a great forum for meaningful dialogue. But what are we teaching our children if we don’t know how to disagree?

Dr. Michael Wetter is the author of the recently released book, What To Do When Your Kid Needs an Entitlement Intervention.

He explains why teaching kids to disagree helps them develop skills they need and provides tips on how we can model behavior in our own lives.
Tagged under