Strip Away Foods that Weigh You Down

With a love of Biology and Science, Diana Stobo entered her freshman year 1983 at the University of San Diego, California with a Pre-Med curriculum. Working her way through College proved challenging and she graduated with a BA in Communications.

She married thereafter and to pass the time while her husband attended B-school at Cornell, she enrolled in the masters program of Hotel Restaurant Management at Cornell University 1989-91 and gradated with an honorary degree specializing in culinary science.

For the next 20 years, Diana raised her three children while also raising millions of dollars for community and educational events and having small entrepreneurial side companies to indulge her creative side.

Through all this, Diana’s health was less than stellar, and she hit a pivotal point where she had to heal herself.

Immersed in research, she obtained a Masters in Raw Food and came upon a solution to heal her ailments. Diana is one of the original pioneers of the raw food movement, an award winning author (with 15 books written), motivational speaker, leading raw food chef, health and wellness educator as well as an expert spokesperson for alternative healing.

Diana began an e-commerce business (with very little technology experience) and single handedly built a trusted brand from behind a computer. She has coached over 1,000 people back to good health. Her modest online business grew from $0-$500,000 in one year. Diana has created many successful products in health and wellness, and currently continues to sell at a modest pace while her energies are turned toward an international endeavor, The Retreat Costa Rica, a lifestyle hotel that opened May 2015 and already dubbed #1 Detox Spa Worldwide by W Magazine.

Her acclaim on The Retreat is hitting internationally as well as nationally on CNN, Food Network, and Discovery Channel.

The Truth Bar came about while writing a menu plan for a weight loss and muscle building fitness program for NBC Universal in 2014-15. Diana is the creator and lead formulator of the Truth Bar, and is passionately involved with every part of its development. She is currently single and lives part time in San Diego California and part time in Costa Rica. 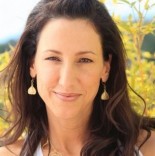 People want to eat fun, good food, so there need to be options that allow that to happen in a healthy way.

Diana Stobo's book, Get Naked Fast: A Guide to Stripping Away the Foods That Weigh You Down, is not a diet in and of itself, but rather a way of changing your lifestyle so that you will still enjoy the wonderful sensations of amazing foods while cleaning your body, your organs, and your mind.

Once you start to incorporate healthy alternatives to your favorite foods, your body will start listening and adapt.

Diana joins host Lisa Davis to discuss how you can make adjustments and tweaks to your current diet in order to turn it into a balanced nutritional platform.


Buy on Amazon
Get Naked Fast! A Guide to Stripping Away the Foods That Weigh You Down
Tagged under

More from this show . . .
Prev
Next
Look & Feel Better than Ever BeforeHow Cycling Can Save the World
FREE RadioMD Newsletter: