3 Transcendental Ways to Get Zen

Download
Guest Info & Links: Giridhari Das
From the Show: Talk Healthy Today
Summary: If self-realization seems like something from another world to you, out of your day-to-day reality, The 3T Path, authored by Giridhari Das (or simply "Giri"), just may change your views.
Duration: 21:46
Host: Lisa Davis

Giridhari Das, or Giri for short, is a Brazilian self-help and spiritual teacher, author, and speaker. He has been practicing bhakti-yoga, the yoga of devotion, and working with self-development for over 20 years. His mission is to present the 3T Path, a transformative process to meet and transcend the challenges of life in the 21st Century, based on the knowledge of yoga found in both ancient Sanskrit texts and the latest research in the fields of positive psychology and neuroscience. The 3T Path can be easily understood and applied as a means of self-improvement and self-realization in the world today.

Giri was born in Prague in 1969 as Gustavo Dauster, the son of a Brazilian diplomat. A few years later he and his family returned to Brazil, where he stayed until he was nine years old. Then he moved to London where he lived for the next eight years and studied at the American High School. Later he spent a year in the USA at Brown University and, after permanently moving back to Brazil, completed his degree in economics.

His career was just beginning when he was introduced to the bhakti path through a business contact. He spoke to him about Krishna consciousness, and his wife gave him a copy of the Bhagavad-gita As It Is. He was impressed with the knowledge found there and soon become seriously committed to the path, the daily practices and the studies.

In 1993, he met his spiritual master, Hridayananda Das Goswami Acharyadeva, and after developing a close relationship with him as his disciple, he took formal initiation in 1998, receiving from him the spiritual name, Giridhari Das.

For many years, he participated actively in ISKCON in various positions of administration and leadership in Brazil. For 10 years he was in charge of the Brazilian branch of the BBT, the publishing house of the Hare Krishna movement, and after that he served for several years as president of the governing body of ISKCON Brazil.

Today he owns and runs a Yoga Resort called Pandavas Paradise in Chapada dos Veadeiros in the highland plateaus of central Brazil. He lives there with his wife, Charana Renu Dasi (Rhiannon Dauster), and his two young sons, Bryn Govardhana and Macsen Krishna. He met Charana in Wales in 2007 while touring with his spiritual master. She has also been practicing and teaching bhakti-yoga since 1999.

He enjoys teaching students and guests at their yoga resort and at other spiritual centers in Brazil and around the world, and for many years he has been teaching and guiding people through email, but more recently he began to feel the need to reach out to a larger audience and in 2014 started a YouTube channel for that purpose. He currently records videos for two YouTube channels in Portuguese and one in English. He has also published four books on yoga and self-realization in Portuguese and The 3T Path in English.

The focus of his teaching is the 3T Path, a systematic, modern presentation of the ancient path of self-improvement and self-realization in yoga and Krishna consciousness. He developed the 3T Path after many years of dedicated study and practice, to share his experience and realizations in bhakti, and to address the needs and challenges of people today. 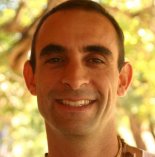 If self-realization seems like something from another world to you, out of your day-to-day reality, The 3T Path, authored by Giridhari Das (or simply "Giri"), just may change your views.

The book is the result of decades of practice and research and explains how you can overcome your anxiety and frustration, how to find your purpose in life and guide your life day by day, the secrets of how to develop inner peace, how to use knowledge as an instrument of growth and enlightenment, and the process of bhakti, the highest aspect of the path of yoga.

Giri joins host Lisa Davis to discuss why spirituality must be totally integrated into your daily activities and how it is nothing more than the perfection of the art of living well here and now.

Buy on Amazon
The 3T Path: Self-Improvement and Self-Realization in Yoga
Tagged under