He has received the Wacker Medal from the Club Jules Gonin, the first Founders Medal from the Vitreous Society, was inducted into the University of Miami School of Medicine Medical Alumni Association Hall of Fame, and was named by Ocular Surgery News as one of the top ten innovators in the past 25 years. He is consistently listed in Best Doctors in America and Becker’s Top 34 Ophthalmologists in America. He is a Clinical Professor of Ophthalmology at the University of Tennessee.

After four years in engineering school, he completed medical school at the University of Miami School of Medicine. He did research all four medical school years at the Bascom Palmer Eye Institute. After a medical internship at Jackson Memorial Hospital in Miami, he completed a residency at the Bascom Palmer Eye Institute followed by a two-year Clinical Associate appointment at the National Eye Institute (NIH); focused on vitreoretinal surgery, angiogenesis research, and medical device engineering.

Dr. Charles is a mechanical and electrical engineer and has well over 100 issued or pending patents. He is a consultant for Alcon Laboratories and the principal architect of the Alcon Accurus and Alcon Constellation Vision System. Alcon also acquired InnoVision, a company started by Dr Charles, the Alcon Accurus and Constellation product lines are derivatives of InnoVision technology invented by Dr. Charles.

He is a co-founder, systems engineer, largest investor & stockholder, and Chairman of CamPlex Inc, developing advanced visualization technology for MIS spine, neurosurgery and trans-oral approaches to head and neck cancer.

He is on the board of Zeroto510, a medical device seed capital firm based in Memphis.
Steve Charles is an Airline Transport Pilot, Multi-Engine, Instrument rated pilot with Type Ratings in Citation 500, 560, 650, Falcon 50and Sabre 65 jets and currently owns and flies a Sabre 65. 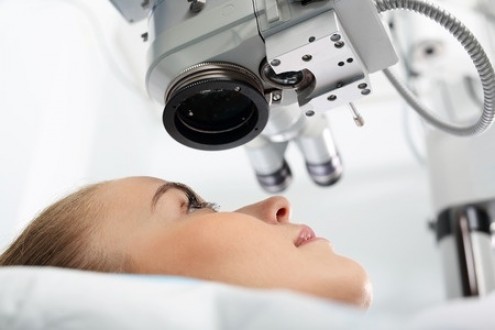 The world's expert in retina and cranial surgery, Steve Charles, has 20 years of experience in using robotics to work in the most difficult areas of the body.

Dr. Charles, an ophthalmologist and bio-medical engineer, has lectured around the world. Additionally, he has 100 patents and an extremely sharp mind in technological advancements in robotic assisted microsurgery.
Tagged under
More from this show . . .
Prev
Next
Vision to Learn: Changing Students' LivesStatus of Facial Cosmetic Surgery
FREE RadioMD Newsletter: