Bestselling author Jack Canfield has spent decades helping people go from where they are to where they want to be.

Jack Canfield is the Founder and Chairman of the Canfield Training Group in Santa Barbara, California. He conducts workshops and trainings on how to become more successful in every area of your life based on his bestselling book The Success Principles™: How to Get from Where You Are to Where You Want to Be. His current mission is to train one million trainers to teach his proven system of success by 2030. More than one million people have attended his live trainings in more than 50 countries around the world including Australia, Bahrain, China, France, Germany, Great Britain, India, Iran, Japan, Kuwait, Malaysia, Norway, Oman, Poland, Qatar, Russia, Singapore, Thailand, the United Arab Emirates, and Vietnam.

Jack is the author or co-author of more than 200 books that have been published in 51 languages around the world, and he is a Guinness Book World Record Holder for having 7 books on the New York Times bestseller list on the same day. His books include The Success Principles, Dare to Win, The Power of Focus, The Aladdin Factor, Heart at Work, Coaching for Breakthrough to Success, Tapping into Ultimate Success, The Soul of Success, and the #1 New York Times bestselling Chicken Soup for the Soul® book series which has sold more than 500 million copies in 51 languages.

Jack has been seen by tens of millions of viewers on television shows such as Larry King Live, The Oprah Winfrey Show, Oprah’s Super Soul Sunday, Montel, The Today Show, Fox and Friends, the NBC Nightly News, and the CBS Evening News shows, as well as numerous shows on CNN, PBS, and the BBC. 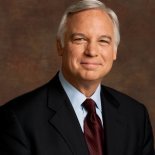 Most people desire to live a healthier, happier, and prosperous life. Yet as the years go by, many of us end up at the same place.

A ship at sea won't develop barnacles, but a stagnant ship will. Has your life become stagnant, with mental barnacles?

Jack Canfield has spent decades helping people go from where they are to where they want to be. If you want to increase your confidence, overcome obstacles, and live life with passion and purpose, you don't want to miss this episode.

Jack knows a thing or two about success and how to take life to the next level. He is the author and co-author of more than 200 books that have been published in 51 languages around the world. He holds a Guinness World Record for having seven books on the New York Times bestseller list on the same day. He’s the founder of the Chicken Soup for the Soul book series, which has sold over half a billion copies worldwide! He’s been inducted into the speaker's hall of fame by the national speakers association.

His empowering energy and unique coaching style have inspired millions of people to live their life at their highest vision. Success Magazine named him "One of the Most Influential Leaders in Personal Growth and Achievement.” Jack was a featured teacher in the hit film The Secret, helping people all over the world tap into the law of attraction. His list of television appearances includes Larry King Live, The Oprah Winfrey Show, The Today Show, Fox and Friends, and NBC Nightly News, just to name a few.

Many people consider Jack Canfield’s national best-selling book The Success Principles as the best resource ever published for taking them from where they are to where they want to be.
Tagged under

More from this show . . .
Prev
Next
Vaccine Regulation and More on the PandemicLiving TOO Clean During COVID-19?