Finding Positivity in Your Day to Day

Download
Guest Info & Links: Scott Hamilton
From the Show: To Your Good Health Radio
Summary:
Cancer is the second most common cause of death in the US after heart disease.

In 1984, Scott captured the attention of the world with his Olympic Gold medal performances in Saravejo and since has shared his love and enthusiasm for the sport as an analyst/commentator, performer, producer, and best-selling author (Fritzy Finds a Hat, 2020, Finish First: Winning Changes Everything, 2018, The Great Eight, 2009 and Landing It, 1999). Scott further inspires others as a speaker, humanitarian, and a cancer and pituitary brain tumor survivor.

After losing his mother to cancer, then becoming a survivor himself, Scott turned activist, launching the Scott Hamilton CARES Foundation (Cancer Alliance for Research, Education, and Survivorship). He founded several education and survivorship programs including Chemocare.com and the 4th Angel Mentoring Program. In addition to those programs, Scott wrote Fritzy Finds A Hat to help ease the conversation with children about cancer, with proceeds benefitting the Scott Hamilton CARES Foundation. Events such as Sk8 to Elimin8 Cancer and An Evening with Scott Hamilton & Friends galas fund research into treatments that beat cancer while sparing the patient.

Scott recently launched Live Your Days - a call to being present and not letting day after day pass, just going through the checklist of life. It is about putting down your phone to enjoy the people and moments that God has given you because we don’t control the number of days we have on this earth, we only control what we do with them. The online platform includes a weekly podcast interview, 30-day life challenges with easy-to-implement tips, and merchandise, with proceeds benefitting the Scott Hamilton CARES Foundation.

He is also the founder of the Scott Hamilton Skating Academy at the Ford Ice Centers in Antioch and Bellevue, TN, where he may frequently be found coaching Learn to Skate students and sharing his love of skating.

In what little free time remains, Scott can be found on the golf course and enjoys spending time with his wife Tracie and their four children - at their home in Nashville, Tennessee. 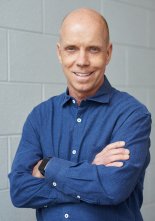 Cancer is the second most common cause of death in the US after heart disease. One in two women and one in three men will develop cancer in their lifetime.

Unfortunately, many do not survive after the diagnosis. Joining us today is a cancer survivor, Scott Hamilton, who's on a mission to help others do the same. In 2014, he founded the Scott Hamilton Cares Foundation. They are dedicated to changing the future of cancer by funding advanced innovative research and less invasive treatments and side effects.

Scott Hamilton is the most recognized male figure skating star in the world. He's won 70 titles, awards, and honors, including a gold medal, an Emmy Award nomination, a United States Olympic Hall of Fame Inductee, and a member of the World Figure Skating Hall of Fame. Now he shares his love and enthusiasm as a sports commentator, performer, producer, and best-selling author.

SPONSORED BY CARDIOMIRACLE: The most advanced heart-healthy nitric oxide booster in the world, with 50+ whole food nutrients. CardioMiracle.com [use promo code "CardioNow!" for 20% discount] To find out more about the fundraiser on November 20th, head on over to the event ticket page, and if you can't attend, you can always donate here.

More from this show . . .
Prev
Next
Fit in a Flash with Denise AustinWhole30 Day by Day: Keep Your Nutrition on Track