Healthier Skin in a Snap

Download
Guest Info & Links: Nancy Simpkins, MD
From the Show: Wellness for Life
Summary: Want a healthier glow? It's easier then you think, and the solution may be laying around your house.
Duration: 10
Host: Susanne Bennett, DC 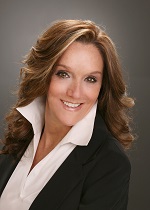 For over 25 years Dr. Nancy Simpkins, a Board Certified Internist, with a practice in Livingston, NJ, has been involved in all aspects of internal medicine, with a focus on women’s health.

Known for her diagnostic ability, coupled with her wit, Dr. Simpkins has garnered a huge following and become a sought after speaker, guest and consultant for women’s groups. She is dedicated to raising awareness by providing the most current and up to date information for people of any age (even those over 40) can utilize to feel and look their best. Recently, Dr. Simpkins appeared with Dr. Mehmet Oz on his syndicated television show, The Dr. Oz Show, where she debunked “medical myths” including the myth that caffeine stunts your growth.

Dr. Simpkins graduated from The Chicago Medical School in 1984 and passed the National Board of Medical Examiners certification exam one year later. She completed both her internship and residency in internal medicine at Montefiore Medical Center in the Bronx. In 1989 Dr. Simpkins received her certification from the American Board of Internal Medicine.

Dr. Simpkins values being a mom, above all things, to her to her 26-year-old son and 23- and 24-year-old daughters. Every Saturday, Dr. Simpkins visits her children in New York City. She also enjoys running, hot yoga and spin throughout the week. Dr. Simpkins currently resides in New Jersey with her husband.

Dr. Nancy Simpkins joins Wellness for Life Radio to share how you can get healthier skin by utilizing ingredients found right inside your home.

She will also share the importance of hydration, sunscreen and more.

If you want healthier, younger looking skin without spending a fortune, tune in.
Tagged under

More from this show . . .
Prev
Next
Stress: Don't Let It Rule Your Life5 Must-Try Beauty Trends of 2015
FREE RadioMD Newsletter: