Download
Guest Info & Links: Rick Shapiro, JD
From the Show: YOU The Owners Manual Podcast
Summary: The most powerful tool in the fight against cancer may not be chemotherapy or surgery. It may be hope.
Duration: 23:16
Host: Michael Roizen, MD

Rick Shapiro, JD, a former practicing attorney, is a leading consultant, researcher and educator in the field of safe, evidence-based, integrative and alternative cancer treatments. He has engaged in deep research about efficacious therapies that are extending and saving lives, and enhancing quality of life, beyond statistical norms generally found in the conventional cancer world.

He collaborates with internationally renowned doctors and researchers who are at the forefront of efficacious therapies. He has consulted with, and coached, cancer patients from all over the world, including China, New Zealand, Okinawa, Europe, throughout the United States and in his hometown, Scottsdale, Arizona. The culmination of his work, developed after cancer took his father’s life over 20 years ago, is found in his book Hope Never Dies.

Shapiro is a passionate and tireless advocate who continually seeks to educate the public about proven medical remedies that save and extend lives. He has interviewed hundreds of people who have stymied metastatic cancer challenges and whom are thriving many years later, despite being given veritable death sentences by their conventional doctors. He believes there is much to be learned from terminal and late-stage cancer patients who have “beaten the odds.”

He is a member of numerous cancer associations and the Board of Directors of the Annie Appleseed Project, a non-profit organization that educates people about personalized, integrative and innovative, science-based cancer therapies. 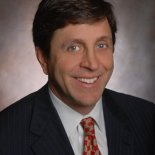 The most powerful tool in the fight against cancer may not be chemotherapy or surgery. It may be hope.

Supercharge your brain and reverse memory loss, pick up a copy of Memory Rescue today. - sponsor
In his book Hope Never Dies: How 20 Late-Stage & Terminal Cancer Patients Beat the Odds, Rick Shapiro shares his conversations with terminal cancer survivors who are thriving years after dire prognoses. He finds the common denominator among them—hope—and shares why he thinks a "never quit" attitude may help you beat the odds.

Plus, find out the first thing you should do if given a cancer diagnosis and how nutrition and exercise may radically improve your outcome.

Bonus!
Can a Healthy Heart Protect Against Dementia?
Sponsor: