Dan Pelino didn't settle into retirement easy, after almost 40 years with IBM on the business side of healthcare, he decided to become an author!

Guest Bio: Dan Pelino
Dan Pelino is an innovator, thought leader, and author. Dan is a regular contributor to the discussion on healthcare, citizen-based services, and Smarter Cities having appeared on CNN, Bloomberg, the BBC, and other media outlets. He serves as a moderator and host to the current healthcare debate and is an adjunct professor lecturing on Leadership at his alma mater Western Kentucky University. Dan also guest lectures at other colleges and universities. He serves on numerous private and public boards. He worked for IBM for 36 years leading its global Healthcare and Life Sciences Business for 10 years. He concluded his career with IBM as the General Manager of the global Government, Healthcare, Education, and Life Sciences Business.

Now Co-founder with Anne Altman of Everyone Matters, Inc., Dan has served on the Executive Committee for the Patient-Centered Primary Care Collaborative (PCPCC) and on the Board of Directors of the Healthcare Executive Network. IBM selected him as a member of the corporation’s Performance Team, Integration and Values Team, and Global Leadership Team. His many honors include being an inaugural member of the IBM Industry Academy. 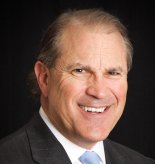 Dan Pelino didn't settle into retirement easy, after almost 40 years with IBM on the business side of healthcare, he decided to become an author!

In his book The Trusted Healers, he and Dr. Paul Grundy explore the transformation of healthcare delivery and the aspiration for better care around the globe.

Today he sits down with Dr. Roizen and talks about his career experience, the importance of investing in mental health as well as primary care and alternatives to the healthcare systems we have now.

Want better health and nutrition? Now you can get personalized supplement recommendations and custom vitamin packs delivered to your door! Go to PersonaNutrition.com/Roizen and take your free assessment and get 50% off your order today. - sponsor

Bonus
How Your Diet Affects Your Risk for Cancer