Brown began her career as a health educator responsible for the development, implementation and evaluation of adult and pediatric lung disease programs. She was later promoted to the position as program director, vice president of advocacy, mission and communication before being appointed president and CEO.

Her past experiences have included working on advocacy issues in the areas of tobacco, asthma, school health and healthcare. Passage of Delaware's Clean Indoor Air Act in 2002, the second comprehensive law in the country, is among her major accomplishments. Since then she has been involved in passage of the Pennsylvania Clean Indoor Air law, anti-idling legislation, and numerous environmental campaigns at both the state and federal levels. She has served as the chairperson for coalitions and partnerships throughout the Mid-Atlantic Region.

Brown has written curriculum and lesson plans for various health education programs and has developed and implemented training programs for school personnel throughout Mid-Atlantic Region.

Brown was raised in Hanover, Pennsylvania. She and her husband Stephen have one son, Stephen and a daughter Lauren. 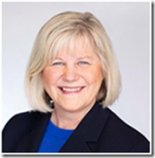 Along with hitting the gym more often and starting a diet, quitting smoking tops many New Year’s resolution lists. Quitting tobacco isn’t easy, but 50 million ex-smokers in the United States are proof that it’s achievable.

Tobacco use remains the nation’s leading cause of preventable death and disease and is a serious public health threat. Nationally, nearly 40 million Americans smoke, and in New Jersey, the adult smoking rate is 13.1%. To encourage people to quit smoking, vaping, and using all tobacco products in 2022, the American Lung Association is promoting “No Tobacco ’22. To help people quit, the organization is sharing tips and resources through social media and Lung.org.

Deborah P. Brown is the Chief Mission Officer for the American Lung Association. Prior to this, she served as President and CEO of the Lung Association of the Mid-Atlantic until the Lung Association united into a single nationwide organization on July 1, 2017, when she became the Executive Vice President for the region. She offers us some tips this episode to help Americans who are ready to commit to No Tobacco ’22.
Tagged under