Guest Bio: Stephen G. Post Ph.D.
STEPHEN G. POST, Ph.D., is Director of the Center for Medical Humanities, Compassionate Care, and Bioethics at Stony Brook University Renaissance School of Medicine, where he also serves as Professor of Family, Population, and Preventative Medicine and Head of the Division of Medicine in Society. He is an elected Member of the Medical and Scientific Advisory Board of Alzheimer's Disease International and one of only three recipients of the Alzheimer's Association Distinguished Service Award. His first book, The Moral Challenge of Alzheimer’s Disease (Johns Hopkins University Press, 2000) was hailed as a “medical classic of the century” by the British Medical Journal. He has been featured internationally in the media, including The Daily Show. Post received the United States Congress Certificate of Special Recognition “In Recognition of Outstanding Achievement” (28 November 2012). He shared the Pioneer Medal for Outstanding Leadership in HealthCare with Dr. Edmund D. Pellegrino, MD (2012). 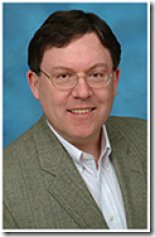 Despite last spring’s hotly contested FDA approval of the first new drug in 18 years, Alzheimer’s remains an intractable, progressive, and slowly devastating disease for which there is no magic bullet. For spouses, adult children, and other devoted caregivers, watching a loved one with Alzheimer’s struggle to remember and communicate is beyond frustrating and often heartbreaking. Yet, that doesn’t mean that someone with Alzheimer’s or any other forms of dementia is ever a “shell” or “gone.”

In Dignity for Deeply Forgetful People: How Caregivers Can Meet the Challenges of Alzheimer’s Disease, Stephen G. Post, Ph.D., a medical ethicist and recipient of the Alzheimer's Association Distinguished Service Award, shifts the focus from finding a cure for Alzheimer’s to continuing to see, cherish, and connect with the whole person—their core personality, preferences, emotions, creativity, and capacity for joy—despite the limitations of dementia.

An advocate for “deeply forgetful people” since the 1990s, Post enables readers to notice the continuing self-identity that remains beneath the surface.
Tagged under