Download
Guest Info & Links: R Theodore (Ted) Smith MD, Ph.D.
From the Show: YOU The Owners Manual Podcast
Summary: A recent study out of Mount Sinai is the first to demonstrate a link between the disorders.
Duration: 20:30
Host: Michael Roizen, MD

He attended med school at the Albert Einstein COM, graduated AOA, did his ophthalmology residency and chief residency at Columbia, and retina fellowship at the U of Illinois Chicago under Morton Goldberg. He returned to Columbia, rising to Professor of Clinical Ophthalmology and Biomedical Engineering, He was recruited to NYU as Director of Vision Research, and then by Professor James Tsai to ISMMS. His imaging lab, funded by two NIH R01 grants, is at the NYEEI, in active research collaborations. 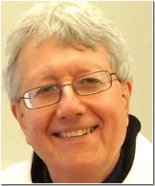 Patients with a specific form of age-related macular degeneration (AMD), a leading cause of blindness in the United States, are at significant risk for cardiovascular disease and stroke, according to new research from the New York Eye and Ear Infirmary of Mount Sinai. This study, published in the July issue of Retina, is the first to demonstrate a link between the disorders

AMD is the leading cause of visual impairment and blindness in people over 65 years old and is the result of damage to the central area of the retina called the macula, which is responsible for reading and driving vision. One major form of early AMD is called drusen, where small yellow cholesterol deposits form in a layer under the retina. They can deprive the retina of blood and oxygen, leading to vision loss. Drusen formation can be slowed by appropriate vitamin supplementation.

The other major form of early AMD is the presence of subretinal drusenoid deposits (SDD), which is lesser known and requires high-tech retinal imaging to detect. These deposits are also made of fatty lipids and other materials, but form in a different layer beneath the light-sensitive retina cells, where they are also associated with vision loss. Currently, there is no known treatment for SDD.

R Theodore (Ted) Smith MD, Ph.D. is the lead author of this study and joins us in this episode to tell us more. He is a Professor of Ophthalmology and Neuroscience at the Icahn School of Medicine at Mount Sinai (ISMMS) and Director of Biomolecular Retinal Imaging at the New York Eye and Ear Infirmary (NYEEI) of Mount Sinai.
Tagged under