Download
Guest Info & Links: Brian Ronholm
From the Show: YOU The Owners Manual Podcast
Summary: Salmonella contamination is widespread in chickens in part because of the often crowded and filthy conditions in which they are raised.
Duration: 13:26
Host: Michael Roizen, MD

During his tenure as Deputy Under Secretary, Food Safety, at the U.S. Department of Agriculture (USDA), Brian provided leadership, management, and oversight of the Food Safety and Inspection Service (FSIS), the public health agency with more than 9,000 employees responsible for ensuring the safety of meat, poultry, catfish, and processed egg products. 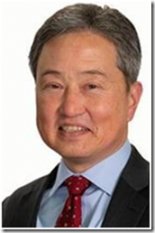 A new proposal by the U.S. Department of Agriculture to reduce salmonella illnesses from poultry is an encouraging sign that the agency is stepping up its efforts to protect the public, according to Consumer Reports.  CR is calling on the agency to move expeditiously to adopt new measures to prevent salmonella contamination in poultry, which sickens hundreds of thousands of Americans every year.

Salmonella contamination is widespread in chickens in part because of the often crowded and filthy conditions in which they are raised. A recent CR investigation, for example, found almost one-third of ground chicken samples tested contained salmonella.  An estimated 1.35 million Americans get sick from salmonella every year and nearly a quarter of those cases come from chicken or turkey.

While the USDA currently requires producers to test poultry for salmonella, a processing facility is allowed to have the bacteria in up to 9.8 percent of all whole birds it tests, 15.4 percent of all parts, and 25 percent of ground chicken. Producers that exceed these amounts are given what amounts to a warning but are not prevented from selling the meat.

Brian Ronholm is the director of food policy at Consumer Reports and joins us to discuss this proposal further.
Tagged under