Exercising Your Dog: Good for Both of You

Download
Guest Info & Links: Steve Dale, CABC
From the Show: Staying Well
Summary: Exercise is not only beneficial to your life, but to your four-legged companions as well.
Duration: 10
Host: Melanie Cole, MS

Steve writes a twice-weekly syndicated newspaper column (Tribune Media Services, since 1995); he's a contributing editor at USA Weekend (since 2002) and blogs on Petphoria.

Steve is also a columnist and special correspondent for Cat Fancy. He's a Chicago Tribune blogger, and contributes blogs on various other websites, including for Victoria Stilwell.

On TV he's appeared on The Oprah Winfrey Show; National Geographic Explorer; Pets Part of the Family, PBS; various Animal Planet shows and many others.

Steve is the author of two ebooks, Good Dog! and Good Cat! (published by the Chicago Tribune, 2011). Steve edited Decoding Your Dog, written by the American College of Veterinary Behaviorists (due out in 2014). 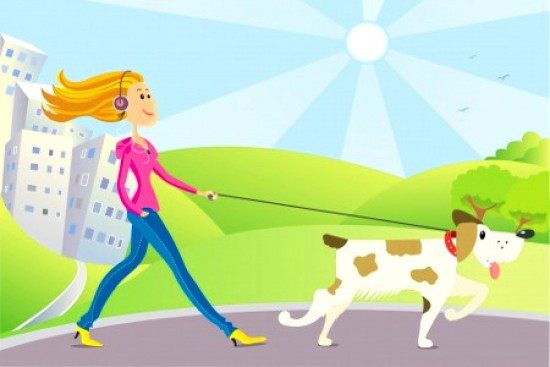 All dogs need to find ways to burn their energy, and depending on your dog's breed, your furry friend may need more exercise throughout the day than just your typical walk.

Just like humans, exercise has multiple benefits for dogs.

For example, exercising your four-legged buddy increases bone, joint, heart and lung health and can even increase your dog's lifespan.

What types of exercises are optimal for your dog, and when should you begin utilizing them?

Certified animal behavior consultant, Steve Dale, CABC, shares what types of dog exercises are available, how often your dog needs exercise and at what age your dog should be getting exercise.
Tagged under
More from this show . . .
Prev
Next
What Your Dog’s Behavior Is Telling YouPeak Winter Produce to Stock in Your Kitchen